JD Twitch on Utakata No Hibi

JD Twitch recollects the story of he and Optimo (Espacio) counterpart, Jonnie Wilkes’ introduction (Eurasia Records, Tokyo, 2005) to one of the most talked about re-issues of recent years, the spellbindingly beautiful 1983 Utakata No Hibi double 12″ from Mariah. A must read. And a must listen if you haven’t yet had the good fortune. 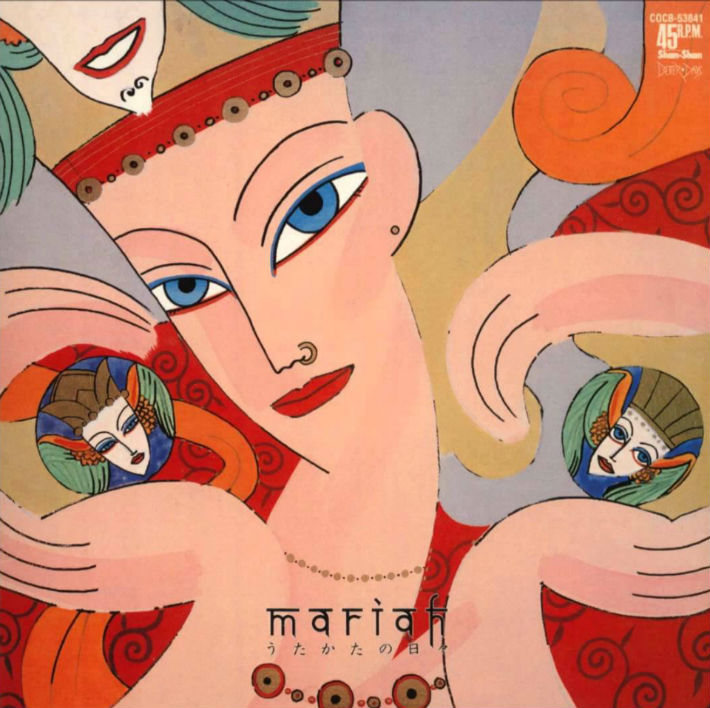 Like everywhere else, Japan has seen a steep decline in numbers of record shops in recent times, but it must still be the record shop capital of the world with Tokyo remaining the most record shop rich city of all. There are countless shops that would make record fans exclaim with joy or drive them to tears at the amount of potential great finds unavailable due to a lack of budget.

My personal favourite is Eurasia records, which myself and Jonnie stumbled upon by a accident down a side street in Shinjuku (a particularly record shop rich area) some time circa 2005. I’m amazed we found it at all as it is located in an inauspicious unit on the second floor of a nondescript building with little to suggest it even exists. We had never even heard of it and I sometimes think there is perhaps a strange sixth sense that draws us towards great record shops in obscure locations wherever we go.

Within minutes of entering Eurasia I had to leave again and go outside and take a deep breath. Having spoken with other record shop lovers I don’t believe I’m alone in having had that sensation of being in the presence of so many great records that all the senses are so overloaded with excitement that one has to take a few minutes to calm down.

Before I was capable of the ability to form words, Jonnie had asked if he could buy it and did. I was devastated. We eventually left the shop with our bags full of treasures and once on the street I was still haunted by this Mariah song when it occurred to me that I should have asked if he had another copy. So, I hurtled back up the stairs and as I entered the shop he had another copy in his hand.

Eurasia is not a big shop but it is packed with riches, many of which I’ve never seen any physical copies of before in my life: Neue Deutsche Welle, Krautrock, Kosmische, (what our European cousins call) Wave, Rock In Opposition, Psych, Post-punk, Avant Garde / Electronics, Jazz, Industrial, Art Rock, Funk, Afro, Brazillian etc etc. along with lots of intriguing and mysterious Japanese records. The enigmatic owner sits behind the counter playing amazing records I’ve never heard before. One wonders how he makes a living as I’ve now been there several times and never seen a hint of another customer although as his prices can verge on the eye watering he probably only needs to make a few sales a day.

The first time we were there we were desperately trying to whittle down piles of records to a financially feasible number when one of the most beautiful pieces of music I’ve ever heard came out of the speakers. Both of us rushed over to ask what it was and the owner held up the cover to a 1983 double 12″, Utakata No Hibi by Mariah, the track playing being the now legendary Shinzo No Tobira. Before I was capable of the ability to form words, Jonnie had asked if he could buy it and did. I was devastated. We eventually left the shop with our bags full of treasures and once on the street I was still haunted by this Mariah song when it occurred to me that I should have asked if he had another copy. So, I hurtled back up the stairs and as I entered the shop he had another copy in his hand. I swear this guy has some vinyl related psychic abilities! Perhaps he had a huge pile of them he was trying to offload as it was only 15,000 yen (around £16).

When we got back to Scotland we both bored everyone we knew about this Mariah record, passing around an mp3 to anyone who would listen. That mp3 ended up on Youtube (I know as I had accidentally recorded it pitched up a bit) and has now had 150,000 views. The Mariah 2 x 12″ was recently reissued which was a little bittersweet for me. I’m always happy when great but hard to find records are made more widely available and have always eschewed that record collector mentality of exclusivity and elitism (I emphatically don’t think of myself as a collector). The bittersweet aspect is down to me spending countless hours trying and failing to reissue it myself, following endless dead ends until finally coming up against an inflexible Japanese major label. Bravo to the Palto Flats label for managing to license it (if you read this, I’d love to know the secret of your success).

Shinzo no Tobira has now gone from being a cult classic to a widely known and loved musical wonder. Undoubtedly other people outside Japan knew of it before us and its forgotten majesty would have spread far and wide anyway, but I do like to think that Mr. Eurasia deciding to play this particular track while we were in his shop is in some way part of the story of its rise from obscurity.

Read an interview with JD Twitch and Adrian Sherwood in two parts – from back in 2012 – on Racket Racket here and here.

And have a little look at the Palto Flats website (they also put out the excellent Roland Young re-issue in 2013) and check out their Facebook page but you’ll probably have to visit Discogs for a copy of Utakata No Hibi if you slept on it when it they first re-issued earlier this year. Think you can probably bag a copy for around £20. Worth every penny.