A short biography of one of the most talented and yet most over-looked Manchester artists, Vini Reilly, and his band The Durutti Column, written by Terry Egan in 1995. 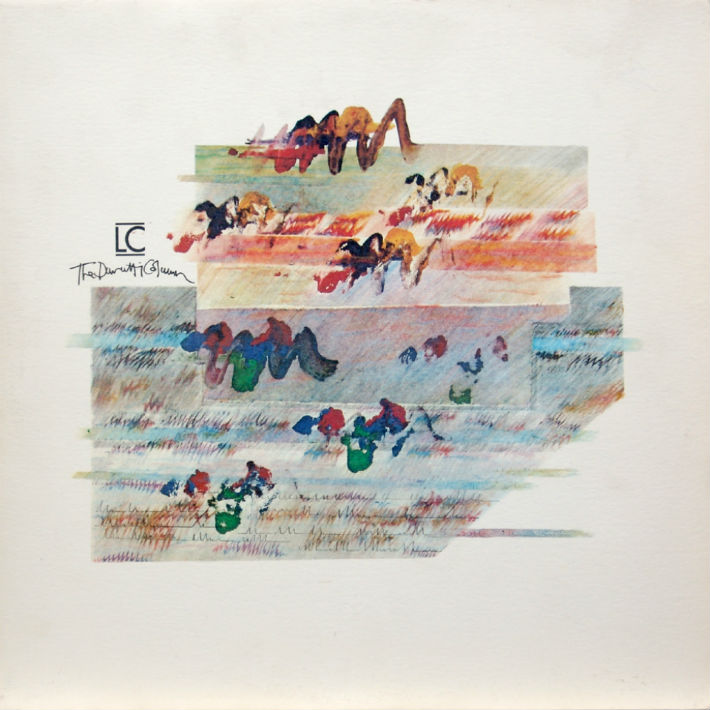 The original Factory band, the Durutti Column, was just a drummer who later found fame with Simply Red and a rhythm guitarist who later found fame when he was axed to death in an horrific murder later immortalised in the Happy Mondays track Cowboy Dave. The addition, on the 24th of January 1978 of “that genius guitarist who’s always ill”, Vini Reilly, was sufficient grounds for managers Alan Erasmus and Anthony Wilson to launch The Factory club in May 1978 and put out the first Factory Record, A Factory Sample, featuring Durutti Column, Joy Division, John Dowie and Cabaret Voltaire in January 1979.

The group soon exploded in a row over producers and in Spring, 1979, the Durutti Column, by now just Vini, went into Cargo studios, Rochdale, for an experimental session with legendary producer Martin Hannett. The experiment lasted just two days but produced the album The Return of the Durutti Column, which introduced the world to the fragile instrumental beauty of Vini Reilly’s guitar.

In 1980 Vini teamed up with ex-Alberto’s drummer Bruce Mitchell to produce the second Durutti album L.C. which is still a favourite of Durutti devotees. The relationship with the guiding hands of Bruce Mitchell continues to this day and his skilful work can still be made out amongst the welter of samples and rhythm synthesisers which feature on modern Durutti Column recordings.

Throughout Vini’s career his prolific talent has needed more than just his own Manchester label to fulfil his release requirements. Throughout the 80s and 90s there have been other releases on interesting/obscure labels such as the Materiali Sonori bunch from industrial Tuscany, Factory Benelux, Sordide Sentimentale and labels in New York, Lisbon and Tokyo.

After the 1982 album Another Setting Vini began experimenting with further instrumentation, featuring full string and horn sections on the 1984 release, Without Mercy – a suite of music based around Keats’ poem La Belle Dame Sans Merci.

The collaboration with other musicians resolved itself into a four piece, Vini and Bruce being augmented by the trumpet of Tim Kellet (later Simply Red) and the viola of John Metcalfe (later the Duke Quartet and Kreisler Orchestra). Together they produced in 1986 the album Circuses and Bread for Crepuscule and Factory Benelux, and Domo Arigato – a live album taken from one of Vini’s trips to Japan, released by Factory. This was the first CD-only pop release in the UK.

A “this is the story so far” release entitled Valuable Passages in 1987, was followed by the purchase of some interesting sampling equipment in 1988. The possibilities of the new technologies led Vini into new areas of composition, and the release in late 1988 of The Guitar and Other Machines.

1989 saw a second album in this style which seemed to perfect these new possibilities; the eponymously titled Vini Reilly again stands out in the seriously beloved collections of Durutti fans. The stand-out track Otis has enriched the life of Northern California for the past two years where it has been used as the soundtrack for a Pacific Bell commercial.

In 1991, working with some of the best dance music engineers in Manchester, the Durutti Column released Obey the Time which again shrugged off the ‘ambient music’ tag by being having just a little too much edge interspersed with the delicate melodies and emotional depths of Vini’s music.

Throughout Vini’s career his prolific talent has needed more than just his own Manchester based label to fulfil his release requirements. Throughout the 80s and 90s there have been other releases on interesting/obscure labels such as the Materiali Sonori bunch from industrial Tuscany, Factory Benelux, Sordide Sentimentale and labels in New York, Lisbon and Tokyo.

Material continued to emerge in Factory’s interregnum, but Vini wanted to wait for the rebirth of Factory to record and release his first full studio album for nearly four years.

In October 1993, Vini went into studio with his friend and favourite producer Stephen Street (The Guitar and Other Machines and Vini Reilly). The resulting album, Sex and Death – “well that’s what everything I write is about… sex… and death…” – was recorded in Manchester and mixed in London, and waited until the Autumn of 1994 for its release on Factory too.

And Factory too were overjoyed for this to be their first release: “It isn’t just that it is historically and emotionally significant – Vini’s work is all about the simplicity of music, the beauty of melody and the fact that there is something about popular music that is, to put it simply, important. If Factory too is to have any relevance it has to be about exactly those same things.”

Article taken from the superb official website, thedurutticolumn.com. If you’re interested in finding out more about Vini and The Durutti Column, that’s the place to visit.

2012 also saw the (limited edition) release of the ‘lost’ LP, Short Stories For Pauline which can be bought here.

And the 1981 album, LC, pictured at the top of the article is scheduled for a re-release in February 2013 on double CD on Factory Benelux.