First in a new feature series as Creeping Bent commander Douglas MacIntyre takes a look back at some of his pre-punk musical obsessions.

When I was 11 back in 1973, the worlds of possibility being opened up by pop began to detonate an audio explosion in my brain. I had largely fixated on fishing, natural history and ornithology prior to 1973, but football and pop became my twin towers in the year that N.E.X.T. by S.A.H.B. was released… 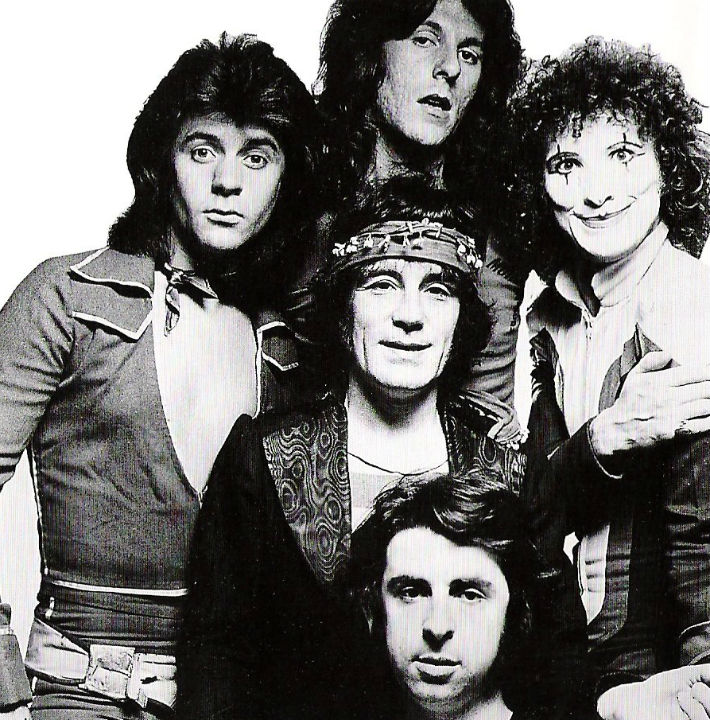 Pet Sounds by The Beach Boys is now a ubiquitous staple of critics ‘best of’ lists. However, in the pre-Mojo era this wasn’t always the case. As a 21 year old punk veteran in 1983, I thought I knew my music, but Pet Sounds wasn’t in my pop constellation. It took Jazzateers’ arch-songwriter and guitarist Ian Burgoyne to hip me to Pet Sounds, and it was indeed a revelation. However, apart from Burgoyne and a few other fellow hipsters from the Postcard Records stable, no one was really listening to the Beach Boys in Glasgow in 1983 and they were largely regarded as a joke. How things change.

Nowadays any budding songwriter or journalist or groover can click their iPad to discover the pre-punk artists names they are meant to drop – Nick Drake, Nico, Al Green, King Tubby, Byrds, Alice Coltrane etc etc etc – it’s pretty easy. Everyone is au fait with the ‘classic albums’ they should have in their collection, and in truth the reason these albums are rated is because they are good (generally). However, it wasn’t always as easy as clicking an iPad, sometimes you had to… gulp… like… erm… make up your OWN mind about what you thought was good (and bad).

As rural South Lanarkshire council house kids getting into music in the pre-punk era we would consume all music we were exposed to. This would range from listening to the unveiling of the new chart top 30 on wunnerful Radio 1 on a Tuesday lunchtime (whilst devouring my Dairylea on toast lunch), before running back to primary school. The family Sunday outing run in the car to Crawford John or surrounding (deep) South Lanarkshire villages, was similarly enlightened by the Sunday evening top 30 chart run-down: Stealers Wheel, Limmie & the Family Cookin’, Medicine Head, Stylistics, Suzie Quatro, Blackfoot Sue, John Kongos, Redbone, Ashton, Gardner & Dyke, Lynsey De Paul, Billy Swan – and many many others.

I had the family’s old black n’ white telly in my bedroom, so I’d retreat there for late night viewing of The Old Grey Whistle Test. I loved the show, even the shit stuff. The first thing I remember watching on the OGWT was the Sensational Alex Harvey Band doing Next and The Faith Healer circa 1973 when I was 11, and it totally changed my world. I bought my copy of Next soon afterwards in Woolies in the old Hamilton precinct (Next was the first album I ever bought). Woolies in Hamilton was also where I bought my first single the previous year (which was Ball Park Incident by Wizzard). Roy Wood was the first ‘pop star’ I ever really really dug, looking back it used to be so weird to be a pre-teen.

From 1966-76 through The Move, ELO, Wizzard… Roy Wood was redefining pop. His solo LP Boulders is also a slab of genius that, had it been released by Todd Rundgren would be eulogised endlessly by the MOJO-istas…

I might be wrong, but it feels like all kids getting into music nowadays either go down the manufactured sexualised pop route (a well-travelled route from Elvis onwards), or they basically regurgitate their parents’ record collections. For my sins, I work in academia (Cultural Studies etc), and it’s alarming how many university and further education students dig Led Zeppelin, Black Sabbath, Deep Purple – I usually ask if any of them are aware of Richard D. James, I’d say we’re looking at one in thirty (on a good day). Back to Roy Wood, I can’t believe he isn’t accorded the same kind of ‘genius’ status that is usually conferred on Brian Wilson. For a ten year period from approx. 1966-76 through The Move / ELO / Wizzard, Roy Wood was redefining pop. His solo album Boulders is also a slab of genius that, had it been released by Todd Rundgren would be eulogised endlessly by the MOJO-istas. Plus, Wood’s pop persona in Wizzard is truly freaksville – long purple beard, long purple hair, extremely bad purple facial make up, as I said earlier – genius. But sometimes it’s soooo hard and bewildering to second-guess critical opinion, in the same way that Roy Wood is never given credit, most Mojo-istas believe Paul Weller is a better writer than Vic Godard. Frankly, unbelievable. Didn’t Weller advise the punk youth in ‘77 to vote Tory, and hasn’t Weller written his last couple or so albums with his old A&R man?? Chancer. 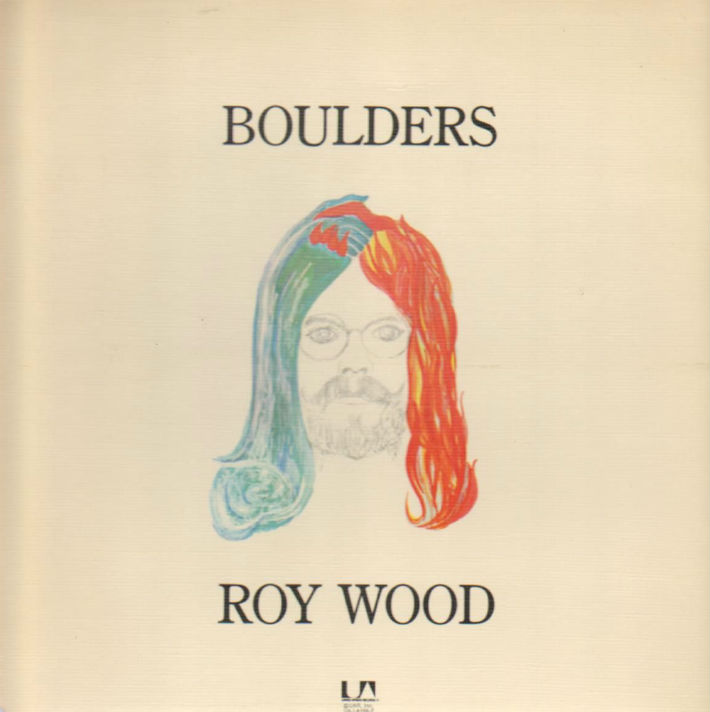 I grew up in a wee South Lanarkshire village called Glassford, known locally as The Glessart. The nearest town was a rural market town called Strathaven (Stra’ven), which is three miles away. Next door to me lived an older guy called Fairy, who I got to know because my dad cut walking sticks for his dad (who had a bad leg). Fairy played a Gibson EB3 bass and was into Free, it was in his bedroom that I was first exposed to dope, Fairy and his pal Nathan were jamming and smoking, it all felt quite exciting to my pre-teen mindset. At the top of my street an older girl called Wilma got her dad to put a sticker in the back window of his car which simply said KOSSOFF. Across the street another older kid used to hang at his granny’s house, playing a lot of Kevin Ayers. I’d go over sometimes, I remember listening to the Ayers / Cale / Eno / Nico live album. I also remember the granny’s dog Spunky trying to get it on with me. Strange. Another older pal was a big Faces fan, I really loved them –especially the Ronnie Lane songs.

There were also all these obscure albums by artists I haven’t really heard of since – Glencoe, Trapeze, Montrose, Blue – but the band I really loved them playing was Free.

However the biggest influence on my musical world was my cousin Victor. He was seven years older than me, and would often babysit when my parents were out at a dinner dance. Victor would arrive with his hairy hippie pals, they’d sit around listening to rock albums. This was the first time I’d heard music other than the chart music on the radio. Most of the stuff they listened to was well known (Purple, Zeppelin, Floyd, etc), most of it I thought was ok but nowhere near the music I knew from the charts. Some of the albums I hated – Tales of the Topographic Ocean / King Crimson / Atomic Rooster – but generally speaking I dug Victor’s albums. There were also obscure albums by artists I haven’t really heard of since – Glencoe, Trapeze, Montrose, Blue – but the band I really loved them playing was Free.

The albums I remember most were Free Live, Fire and Water, Highway, Heartbreaker, the economy of the group instrumentation still sounds fantastic. I could live without Paul Rodgers cock-rock posturing, but Andy Fraser, Simon Kirke and Paul Kossoff really cooked a great slow rock-soul groove. Victor also tapped into the myriad Free spin-off albums (Kossoff / Kirke / Tetsu / Rabbit, Back Street Crawler), the second best of which was Paul Kossoff’s solo album (also called Back Street Crawler). The cover of BSC had a photograph of Kossoff looking really fucked up on horse, the whole album has a really bad dark-brown vibe. His guitar playing throughout is soulful and raw, really beautiful. Free fell prey to all the rock n’ roll clichés, it really was a case of too much too soon. However they left a decent body of work behind. I think their best album was Highway which featured possibly my favourite track, Bodie. It’s never featured on any best-of compilations, but for me it epitomises all that was wonderful about the group. They also recorded My Brother Jake around the same time, a song that always makes me cry for some reason.

Which brings me to the best Free spin-off album, by Andy Fraser’s group Sharks. The mercurial Chris Spedding was on guitar, Snips on vocals and Marty Simon on drums. Fraser’s economic bass and piano style set the tone, and his songs were up to the usual high standard. They only released one album with Andy Fraser in the line-up, First Water (1973), which I really loved listening to when I went up to visit Victor in Calder Crescent. Chris Spedding is such a superb guitar player, a real zelig figure of UK music. Apart from a great solo hit, Motorbikin’, Spedding has strong links with other musical obsessions of mine – Harvest Records, Bryan Ferry, Harry Nilsson, Sex Pistols, John Cale, Robert Gordon. Of course I got rid of my Sharks LP and all my Free albums after the 1977 punk-putsch. So it was a real joy to buy a CD reissue of First Water a couple of years ago, Sharks still cut the mustard.

More Pre-Punk business to look forward to from Douglas on Racket Racket very soon. And if you missed his Run Run Run series in 2012 you can get in about that here.