A selection of full live concerts from the remarkable, maverick Glaswegian musician, John Martyn. The three recordings, from the periods of 1977 to 1989, were mastered by Alan Walsh. 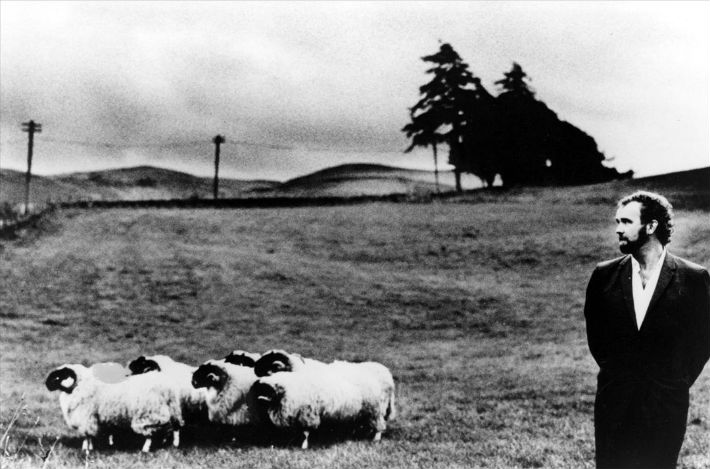 John Martyn is one of the most poignant, prolific and sonically pleasing singer-songwriters we have ever had the fortune of listening to. Definitely in a small elite of musically inspiring Scottish heroes of Racket Racket; and one of the finest five Scots who ever walked the earth in our opinion. From his early London Conversation days right through to the late 1980s material, his songwriting and recorded output is second to none.

We were pretty pleased when our friend, Alan, recently dropped into a Glasgow conversation the fact that he had scores of live gig recordings that he had been sent through the years to master after he posted one on YouTube from Glasgow’s Henry Afrika’s gig in 1983 (a gig, incidentally, that Alan had actually been at as a young teenager – stoned and steaming). Imagine our delight when we found out some of these gigs were already online for us and the rest of the world to savour.

He’s done a pretty good job of touching them up and there are more concerts to come we’re assured. So, not having ever seen the great man perform live, these come as a revelation and are testament to the fact that alongside the quality of the songwriting and recorded material we knew all about, John could do it impressively on the live stage too.

If you are, like us, a massive fan of John Martyn’s work or if you would just like to discover more about him and his music, these recordings should act as a satisfying starting point. We would also recommend the impressive and comprehensive Big Muff: John Martyn website. Fan sites do not get much better and neither do artists so it’s fitting. Hope you enjoy these as much a we have. Have a look through the rest of his videos on Alan’s YouTube channel.