The Group Who Fell To Earth

Douglas MacIntyre’s sleeve notes for a compilation of Edinburgh post-punk outfit Josef K’s music called Endless Soul which was released on Marina in 1998. We love them and the music of Josef K and thought we should share them. 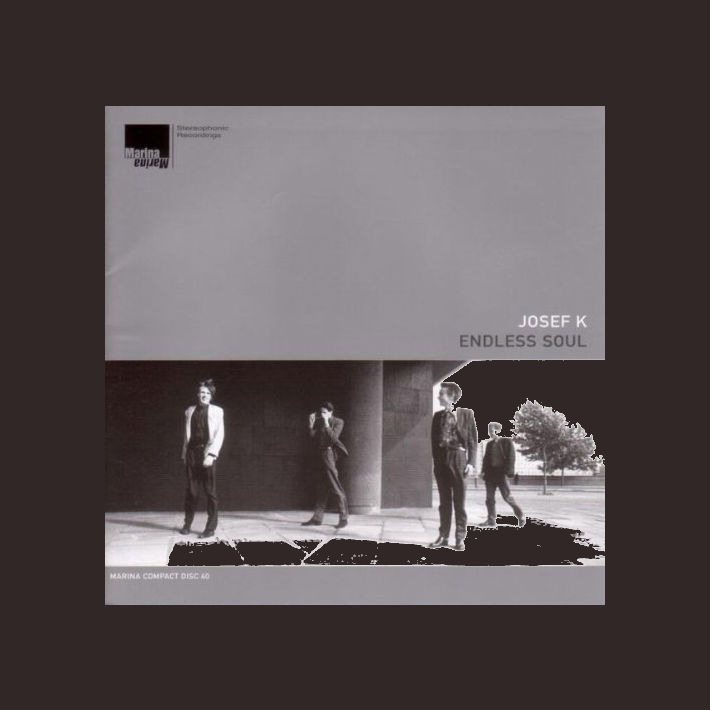 I remember being young and stupid, rehearsing in a chicken hut in deepest darkest rural Lanarkshire, playing guitar in my post-punk existential teenage angst pop group Article 58. I´d bought the first Orange Juice single, Falling And Laughing, and had heard murmurs about Postcard´s Edinburgh group Josef K. On hearing the news that K were going to play The Bungalow in Paisley, plans were immediately hatched to attend. That sighting of K was a total revelation. They appeared otherworldly, eminating wit, charm and intelligence. I saw every Josef K live performance in Scotland thereafter.

It was the first time Article 58 had been in a studio and the thought of making a record was extremely exciting. The single was released on Rational and got played several times on John Peel´s radio show. Article 58 toured England with Josef K before imploding in the face of overwhelming apathy.

During this period a world of possibilities seemed to open up. Postcard boss Alan Horne had written in response to an Article 58 tape he´d received offering to produce a single. Malcolm Ross accompanied him to a small studio in Strathaven and the single was recorded. Malcolm was very encouraging. It was the first time Article 58 had been in a studio and the thought of making a record was extremely exciting. The single was released on erstwhile Josef K patron Allan Campbell´s Rational label and got played several times on John Peel´s radio show. Article 58 toured England with Josef K before imploding in the face of overwhelming apathy.

The tour was incredible. Josef K were at the peak of their powers. A debut album had finally been released and the new songs recorded for a John Peel BBC session were incredible. One gig with the Fire Engines in Edinburgh sticks out as being particularly memorable, both groups were burning up at this point. The sound and the fury fused with white light heat demanded total attention. Their guitars were on collision course with Venus, sparking electrical stimulation in their trail. The blank genera-tion were left trying to decode the scrambled frequencies.

I was in Glasgow´s Maestro´s club when Malcolm informed me I was about to witness Josef K´s last ever show. It was a strangely subdued performance (they jammed a version of Little Johnny Jewel by Television mid-set due to a broken bass string). There was a definite tinge of sadness permeating the air. Looking back it was almost perfect. The group had always said they would split after one album and true to their word they left a good looking corpse. Yeah, the records were letters, alright, and this compilation is a fitting testimony. Turn it up!

You can still buy the compilation form the Marina Records website.