The late Ian MacDonald is most notable for bringing Nick Drake to semi-widespread attention in the 60s and 70s and for, of course, vividly documenting the songs of some mad beat-combo hippies from Liverpool, but there’s loads of great music writing – from the mainstream and the fringes – within the rest of his extensive journalistic back catalogue.

Stumbled upon this one recently in his collection of short essays on pop music, The People’s Music. A collection of musings that’s well worth a read if you’re interested in pop music and pop culture of the 60s and 70s. But anyway, here’s his take on what might just be my all-time, number one favourite Steely Dan LP (this week, anyway)… 1980’s Gaucho. 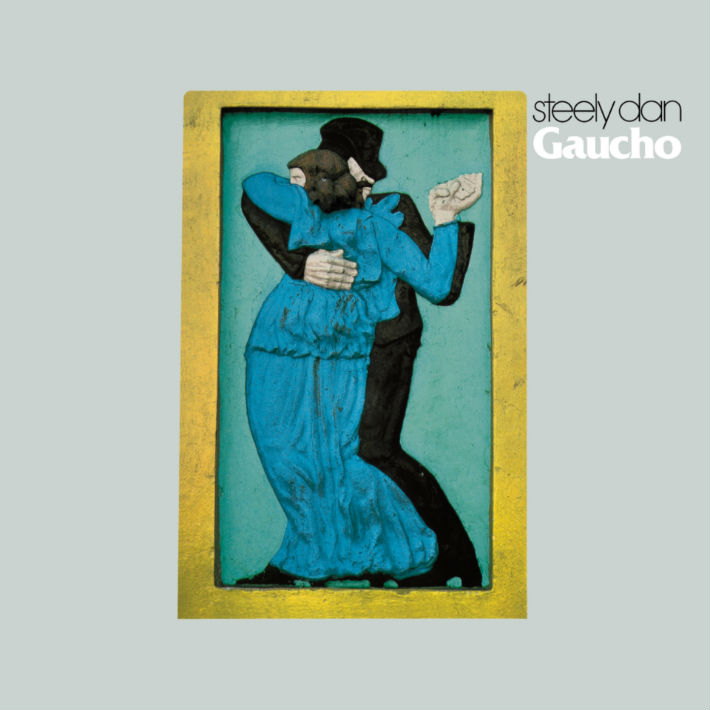 Crassness is contagious. Fortunately, so is intelligence—which is why listening to Steely Dan is good for you. However, aside from an early flurry of good reviews, Gaucho (1980), the Dan’s seventh album, has never been critically rated and figures relatively low in fan priorities, only Katy Lied (1975) being less admired. The fourteen or so months spent recording the album were something of an endurance test, the music being squeezed out in the face of endless problems. After Gaucho, Walter Becker and Donald Fagen drifted apart and no new Steely Dan music was recorded for twenty years. Over time, the verdict on Gaucho has been coloured by this—unjustly, since, apart from being the pair’s biggest selling album after Aja (1977), it’s one of their wittiest works and, while low-keyed and dryly detached, is by no means as cold as it’s often been painted.

In fact, detachment, good and bad, is the album’s main theme. Gaucho shows the First World as a decadent drive-in peopled by stud-eyed users, preposterous losers and those for whom cocaine is God’s way of telling them their wallets are too plump—this vision being a manifest offence against the poverty of the Third World (Mexico and all points south of the border) which can drive undetached souls mad with loathing. One distances oneself from this with irony, or one succumbs to it. The deeper irony is that Becker and Fagen weren’t quite as distanced as they would ideally have liked to be. The success of their previous album, Aja (five million units shifted in two years), allows them, for the first time, to indulge. In earlier years, recording costs had eaten up their profits. Fagen would fantasize affluence by hopping into limos on hold for financially successful fellow artists and riding round the block. Before Aja, he’d been considering a career as an English Literature teacher if things didn’t look up. When they did, it was hard not to spend a little, then a little more, on the Cuervo gold and fine Colombian.

Cocaine was likewise key to the mechanized drive of the disco beat which Fagen and Becker wished to emulate, partly as a symbol of the cultural deterioration they so enjoyed chronicling, and partly because, when done creatively (as, for example, by Dr. Buzzard’s Original Savannah Band, a New York dance outfit whom Fagen liked), the rhythmic precision of the discoid effect catered to the duo’s need for perfection. Using a custom-built computerized drum-sequencer called WENDEL, they set about building their tracks from the drums up, sometimes replacing each synthetic beat with a real one played by a live drummer, a process that took hours. Instruments would be added, often to be later erased or edited. Months could pass in working on the same track.

Gaucho shows the First World as a decadent drive-in peopled by stud-eyed users, preposterous losers and those for whom cocaine is God’s way of telling them their wallets are too plump. This vision being a manifest offence against the poverty of the Third World (Mexico and all points south of the border) which can drive undetached souls mad with loathing.

While Becker and Fagen were notorious perfectionists, minutely attentive to the tiniest blemishes to which human performers are inevitably prey, Fagen was probably the more neurotic, his drive to eliminate anomalies and square off every awry detail leading to legendary feats of fussiness and the nickname Mother. While recording Home At Last on Aja, he reportedly spent four days punching in the words ‘Well, the’ (as in ‘Well, the danger on the rocks is surely past’). During mixing on Gaucho at the Village Recorder in Los Angeles, Fagen encountered his ideal: one of Neve’s earliest automated desks, a tool which allowed incremental tweaking of infinitesimal details. After the two hundred and fiftieth mix of Babylon Sisters, the maintenance crew awarded him a “platinum” floppy disk, handpainted with silver nail polish. When engineer Elliott Scheiner reached Mix No. 274, Fagen decided that an acceptable compromise had been reached and took it home to New York. A week later, everyone was back in the studio to fix the second bass note in the second bar, which “Mother” had noticed was too soft.

Steely Dan’s quest for perfection—which encompassed throwing out four or five half-finished tracks that weren’t deemed up to scratch (known titles: I Can’t Write Home About You, Kulee Baba, Heartbreak Souvenir)—is justified by the end result, where every bar repays close attention and every instrument has its own lustre. (Done in 1984, MCA’s original CD transfer was presented in relatively dull, low-level sound. The 2001 update, the last installment of the remaster program commenced in 1998, brightens and amplifies the sound, recovering the sharpness of the original LP.) Such high standards, however, cost in studio time and nervous tension. When, in December 1979, an assistant engineer accidentally recorded calibration tones over most of what had been shaping as the album’s best track, The Second Arrangement, Becker and Fagen were thunderstruck. After a half-hearted shot at rerecording it, they sanctified it as the most perfect track they’d ever attempted and glumly fell back on a number left over from Aja called Were You Blind That Day, rewriting it as Third World Man and importing it more or less complete with Larry Carlton’s guitar solo. 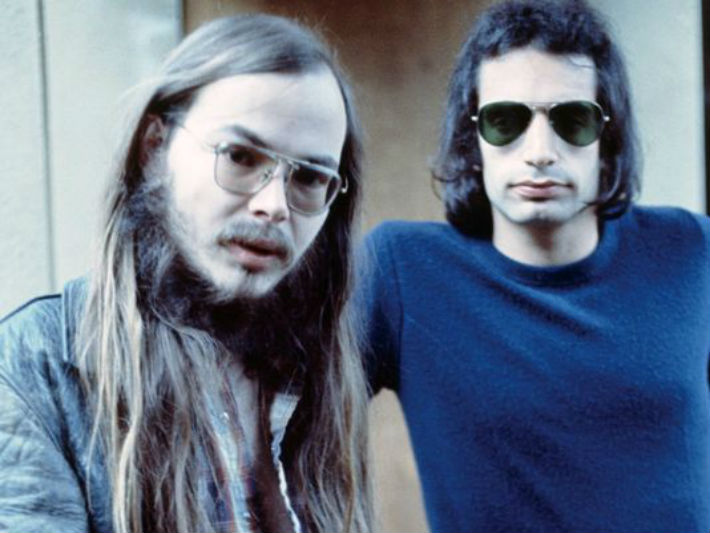 Third World Man turned out to be a silver lining, surviving into Steely Dan’s 1993-94 touring set, but worse was to come. In January 1980, Walter Becker’s girlfriend died of a drugs overdose. Already remote and unreliable due to his own heroin habit, he withdrew even further, before being removed from the picture when, in April, he was knocked down by a New York cab, incurring fractures to his right leg. Fagen took over the mixing tiller and further months dragged by, made worse by a background of contractual disputes with ABC Records. Despite this, gloom never descended on these sessions owing to the team’s confidence in the quality of the music it was shepherding towards completion. With demonstration pieces like Babylon Sisters and the highly complex and sophisticated title track aboard, not to mention soon-to-be-cherished Dan characters like Jive Miguel and Hoops McCann, there was no need to fret. The album even contained an unlikely Top 10 single in Hey Nineteen, scheduled to resound surreally in US supermarkets during 1981 (‘the Cuervo gold, the fine Colombian …’). Indeed, Gaucho, while downbeat, is never depressive and sometimes almost merry.

If you don’t find 80% of Gaucho hilarious, you shouldn’t vex yourself with Larry Sanders. The only departure from that ruling mood is the LP’s finale, Third World Man, which, with its melancholy tale of demented youthful idealism gone psychotic, reaches a depth of genuine tragedy rarely achieved in rock.

From verse to verse, deadpan laughter is rarely absent, though it can take a dry ear to appreciate it. While anyone may smile at lines like Brut and charisma / Poured from the shadow where he stood and

In Third World Man, the only uncynical soul in the cheerless world of Gaucho goes crazy. Steely Dan always cruised little more than a block away from nihilism and, on this album, the corrosive irony is deeply encrusted. Two songs are about hookers, two more concern the doings of coke dealers and a fifth depicts the denouement of a seedy marital dispute. Even the sublime enlightenment of Time Out of Mind turns out to be chemical. What redeems it all is the humour and artistry. Lyrics exude class as well as underclass, while the music, whatever its guise or disguise, is immaculate.

Steely Dan’s funniest album is also their most urbane. A gem in the trash can of Californian entropy, a ray of coherent light amid LA’s louche neon, a chuckling oxygen nozzle dropped through the smog of modern nothingness, Gaucho sort of loves us—give or take a sin or ten. Which is about as much good news as we deteriorati deserve.

– Ian MacDonald (from The People’s Music, a book of short pop music essays on Pimlico).

Buy the very book this essay came from originally here. There’s loads of good bits on there. From Chic to Laura Nyro and Kraftwerk to The Supremes. Well worth a read.

And if you liked this and like the music of Donald and Walter, then have a watch of this. Documentary about the making of one of several other unbelievably tremendous Steely Dan records, the mighty Aja.