A Door On The Floor

First class new mix from some first class chaps in Italy – The Caribbean House. New beat, post-punk, house and techno with some folk, jazz, ambient and industrial leanings here and there, within the overall mind-bending musical journey. And conveniently and convivially, all packaged in one tidy and seamlessly consistent one hour collection of selections. Quite, quite tremendous. Stupefacente, in fact… 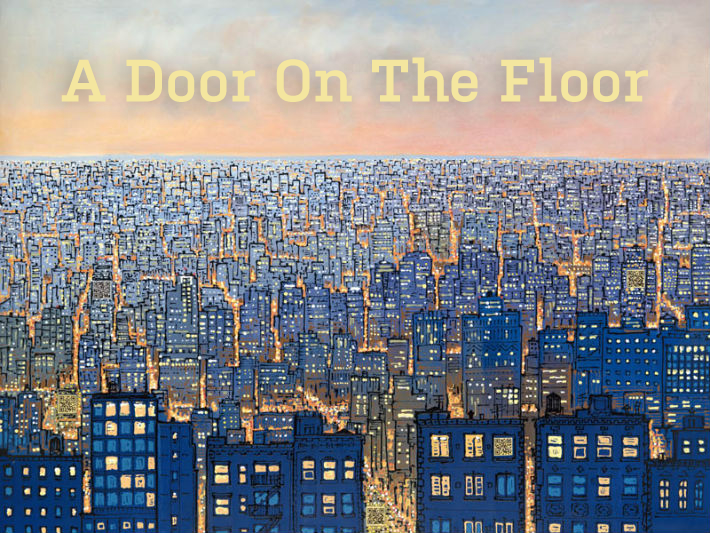 A Door On The Floor

Here’s some words from Billy Bogus and the rest of the Italian team responsible for The Caribbean House’s productions and mixes. We predict good things for these fine fellows. The mix (and the words below) should – hopefully – prove to be the perfect introduction. Enjoy.

It all starts between the end of the 80s and the beginning of the 90s, in a very typical Italian setting which engendered anD inspired a binding and peculiar way of expression: the Centro Sociale (community centre). The Italian rave and hip hop scene originated here in addition to several underground art forms, from art installation to art and video performances all in a very strong social/political context and protest. Iconographic setting and ideology from the 70s (a very ‘hot’ period in Italian society and politics) were re-mixed and focused in a pre-club landscape overflowing with sensations aimed to the audience.

Disciplinatha, formed in 1987, their work proceeded alongside CCCP, another memorable formation of the time, raising – more or less consciously – a critical voice against the political (and party) system of the time. At first sight they might seem like complete opposite, with the former presumably neo-fascist and the latter – again, apparently – pro-soviet. On the contrary they were two sides of the same coin in the indie music scene. They turned around and faced the rhetorical political identity of the time with a post-punk soul, challenging the ideas of an audience keen to unload an ideological passion which mostly lacks today.

The Italian rave and hip hop scene originated at Centro Sociale in addition to several underground art forms, from art installation to art and video performances all in a very strong social/political context and protest…

Disciplinatha formed in Bologna, ‘The Red City’ par excellence which also bred avant-garde musicians like Gaz Nevada, and most of the Italian new wave scene, in some cases sowing the seed of Italo disco. The band draws from post-punk imagery… The sounds go from industrial to more glacial and electronic vibes: Perpetrating the – aforementioned – provocative ideological estrangement.

In Bologna in the early 90s we also had Technogod, another eclectic formation which perfectly combined a post-industrial attitude and breakthrough electronic output – They released a record with major label BMG and shined on a European tour with Consolidated. Some of them were heating the techno/trip hop nights at Covo Club, where a very young and wild Billy Bogus also got his groove on…

The idea of retrieving and rediscovering – after twenty years – truly felt like indie music was his very own. It was nurtured, spread and turned upside down in those meaningful 90s before being channeled into a contemporary, strongly Italian-inspired, musical project with echoes of disco, local stories and electronic backgrounds.

Ironically in 2013 the paths of Cristiano Santini (voice and guitar of Disciplinatha), Federico Bologna (keyboard of Technogod) and Billy Bogus (aka Niccolo? Bruni, founder of Pizzico records) meet again so to create THE CARIBBEAN HOUSE – a formation with proto-club features – which goes beyond the Centro Sociale experience of those days, with a pretty rogue blending of electronic vibes and dance music history…

The name TCH is often diametrically opposed to their sound: From blatant disco to cold and old-school electronic. And again, techno-Warp debris, loosened belts as at an afro-raduno show, ambiguous isolationist experiments, bare disco rhythm with seeds of new wave, and an intense strive of not listening to anybody, least of all the web market.

The Caribbean House are:

You can find out more about (and, of course, purchase) their forthcoming 12″ Billy Bogus Presents The Caribbean House on the Clone website here.

Enjoy the mix. It’s a proper trip from a group of guys who have unquestionable taste in music from a wide range of interesting and explorative eras and angles. You won’t be disappointed.

More from us on the mix side of things here.