If there was one place on the planet Racket Racket could visit right now the choice would have to be Nassau – home of the remarkable Compass Point studios in the Bahamas. 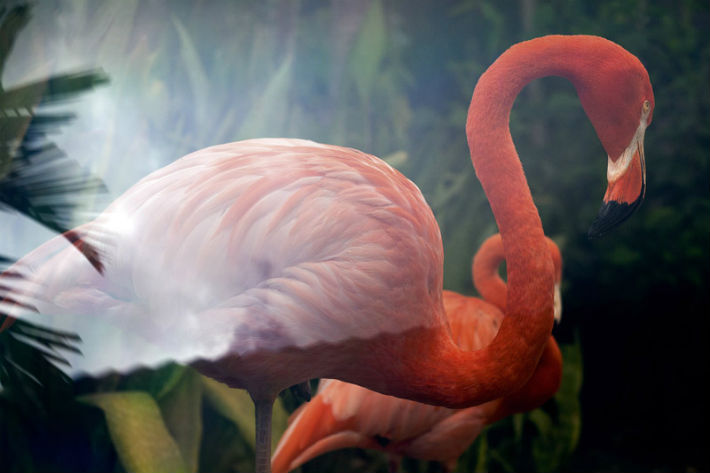 Compass Point, a new book by Darren Sylvester and published by Melbourne based creative photography collective M.33, is doing nothing to reduce that notion and desire.

The elegant hardback consists of photography taken by Sylvester of various parts of the exotic island. Some more unusual spaces and places, some town corners, streets, beaches with palm trees, flamingos, flowers, cocktails, huts and houses; as well as some wonderful snaps of inside the famous recording studio itself. 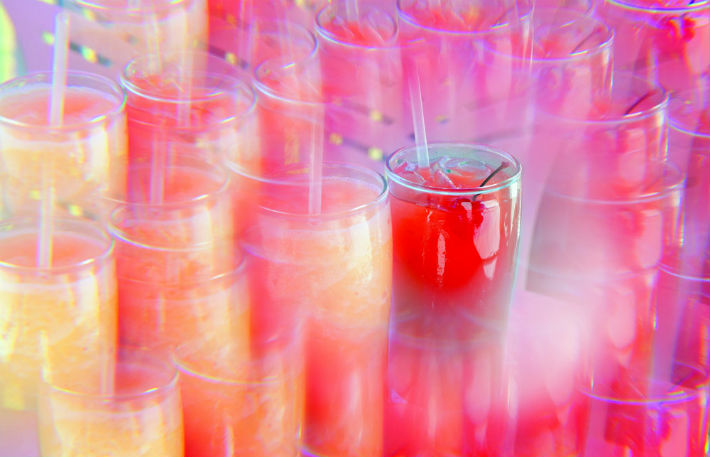 Compass Point was established by the maverick brain behind Island Records, Chris Blackwell, and was the studio responsible for an outstanding body of recorded material from the likes of Talking Heads, Tom Tom Club, John Martyn, Sly & Robbie, Mick Jagger, Grace Jones, Eurythmics, Third World, Bob Marley, Lee Scratch Perry, Black Uhuru, the B 52s, Carly Simon, ELO, The Thompson Twins, Roxy Music, UB40, Phil Lynott and so on and so forth – a fairly exhaustive and comprehensive who’s who of boundary pushing alternative pop in the 1970s and 1980s.

The photos contained in the beautiful book are often rather abstract, there is a psychedelic quality to most of them and every single one radiates with a vibrancy and attractiveness that really and sincerely brings to mind some of the music made at the studio and particularly those records which deployed the talents of the Compass Point All Stars – Sly & Robbie, Mikey Chung, Wally Badarou, Uziah “Sticky” Thompson and Tyrone Downie; or the studio’s in house recording band as they’re otherwise recognised.

In many ways what the photographer has managed to capture here is the spirit and style of much of the music produced at Compass Point. Abstract, psychedelic, vibrant, attractive, sun soaked, exotic and elegant global pop music. Some of the greatest pop music ever recorded, easily. Looking through the pages of the book makes you feel like you’re seeing the place through the eyes of the artists who recorded there which I believe was Sylvester’s intention (all the photographs were taken within walking distance of the studio). Ultimately making you feel closer to Compass Point, the island, as well as the extraordinary and captivating music produced there.

A magical piece of work focusing on a part of the world that, by all accounts, is a truly magical and mesmerising place. 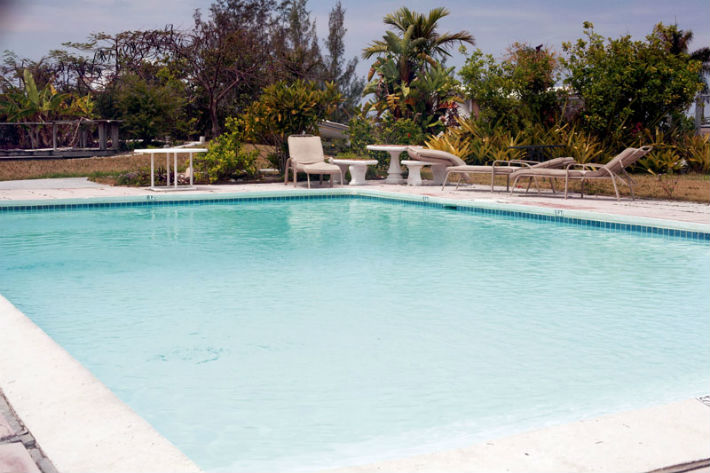 Here’s what the M.33 site has to say about the book:

Darren Sylvester, known for his stylised constructed tableaux images redolent of pop culture takes a very different approach in his book Compass Point. In the 1970s and 80s Compass Point Studio, located on the coast of Nassau in the Bahamas, was recognised as one of the great music facilities in the world producing music with a particular sound – that of luxury, decadence and sophistication. Artists such as Grace Jones, Roxy Music, Robert Palmer and Talking Heads all made seminal albums here.

Prompted by rumours that the studio was about to close, Darren Sylvester – a recording musician himself – decided to venture there before it was all over, wanting to focus on the landscape that surrounds the studio as a myth-making and myth-destroying exercise. He wanted to see and convey the same views that musicians who recorded there would see when seeking inspiration.

You can visit the M.33 website and buy the book here. And, read an insightful interview with Michael Kucyk of Noise In My Head with the photographer Darren Sylvester on the Test Pressing site here.